(This article is one in a series entitled “Killing The Nation State: How COVID-19 Was Used to End the Sovereignty of America”, uncovering the purpose and ultimate objectives of globalism.) 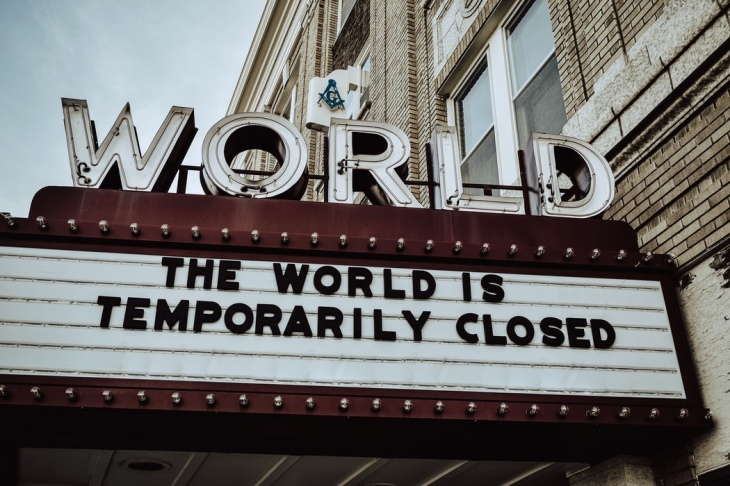 David McClellan is a British Scholar and visiting professor at several universities around the world. He specializes in political theory where his primary subject is Karl Marx. All twenty of McClellan’s books are about Marxism.

McClellan has shared his expertise through numerous lectures and interviews as well. One publication that seems to favor the views and knowledge of Marx is the Global Times. This is no surprise since it is the newspaper arm of the Chinese Communist Party (CCP). In an interview with McClellan back in May of 2018, the Times explored this vast knowledge of his favorite topic. The occasion was the 200th anniversary of the birth of Karl Marx.

“Clearly the most important area in which Marxism has changed the world is in the Russian Revolution of 1917, and then the founding of the People’s Republic of China (PRC) by the Communist Party of China in 1949.” McClellan was then asked what inspiration can Marxism offer the current world. His response was enlightening coming from a true believer in Karl Marx. “The most important contribution of Marx himself is to point to the economy and economic relations as the most important factor…Marx called this a materialism conception of history. History is formed by the mode of production, the way in which people go about satisfying the material need for food, clothing, and shelter primarily.”

McClellans answers were designed to take a shot at what he referred to as all other economic systems, as, in his mind, they all have failed. However, his primary target was capitalism. He references the economic collapse of 2008 and the “disastrous consequences” that followed.

But what McClellan was unwittingly, yet prophetically describing was the implementation of Marxism on the West through the infamous pandemic known as COVID-19. The irony is the origin of the novel coronavirus was a lab in the Wuhan Province of China. That is not to say that the CCP is behind this current deployment of Marxism in America. Though, they are most certainly a major player. Well get back to the CCP at a later date. First, lets walk through McClellan’s unmasking of the philosophy that defined Karl Marx and how this aligns with America’s response to the pandemic:

1. Marx: Impact or change the mode of production. The way in which people go about satisfying the material need for food, clothing, and shelter.

American Government: From the start of the pandemic, they created guidelines that included choosing businesses that win or lose. This was known as “essential and non-essential” businesses.

2. Marx: Controlling the mode of production by the ruling class.

American Government: Pandemic guidelines in each state made specific rules about how a business may operate, when they open and when they close, thus impacting productivity.

3. Marx: They will impose the politics and legal system favorable to their own particular economic interest.

American Government: By closing thousands of businesses, they put a large portion of the population out of work. Then, the government began inducing socialism by providing all citizens a stipend while increasing unemployment payments dramatically to keep them from going back to work.

4. Marx: By doing so (see #3), they impose their will on those that own the means of production.

American Government: When rules were not complied with during the pandemic, they would shut down businesses, thus halting production.

This behavior by our government leaders not only continued on for several months, but also opened the door for more opportunities to further their Marxists beliefs. The horrible death of George Floyd at the hands of a reckless officer lead to an uprising that focused on racial injustice by law enforcement officers. This escalated into race-driven protests that were unlawfully executed through rioting, looting, and violence inflicted on random citizens.

How did most government leaders address this? By embracing the message of the unlawful protestors, limiting what law enforcement could or could not do, and in some cases reducing the number of law enforcement officers at the request of these domestic terrorist groups. Now they are toppling monuments and statues of historical figures of our nation’s past with little or no resistance from America’s leaders; some with their approval!

This is how Marxism is implemented.

We’ve now witnessed our leaders from within support this movement, and also witnessed them do nothing to stop this movement when laws are being broken and innocent people are getting hurt- or killed.

The Fourth of July is about celebrating our independence. But internal and external forces are challenging that notion. They are telling citizens (in a not so subtle way) that your individual liberties are not really that important. They are telling you that you’re selfish and even dangerous for wanting to keep these liberties. They are demonstrating to you that there are other matters that must be addressed. Those matters all involve redefining America in their image. Not a racial image. Not one particular image from religion. But rather, the image that brings about an entirely different set of rules that govern our everyday lives.

The image is one that Karl Marx envisioned for the entire world. He envisioned a totalitarian, centralized government. He envisioned harsh penalties towards those that went against the common good of this new world. The vehicle that Marx had used to bring the non-compliant in line with his views was revolution.

On this 4th of July, our nation is facing a revolution that is being foisted upon those that cling to the Bill of Rights, that believe in decentralized government, that embrace capitalism, that honor the symbols of our freedoms, that were raised on rugged individualism, and that look to our creator as the true ruler of our hearts.

This 4th of July, let us reflect on these beliefs. Let us hold tightly the individual rights that birthed a great nation. And let us pray that the revolution being brought to our doorstep can be turned away without bloodshed.

But whatever happens, we must not allow Marxism to gain a greater foothold in America, lest our fathers of freedom will have died in vain.

(Chris Gaines is an author and editor for patriotgaines.com)